Prima News The director of the Department for Germany and Eastern Europe within GIZ... 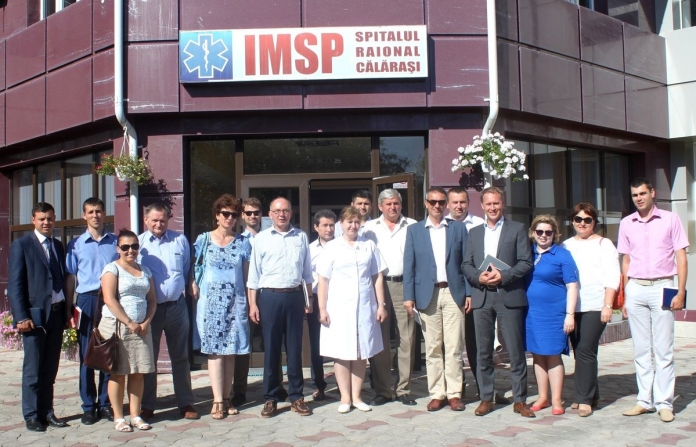 On 6-8 July, 2016, the Republic of Moldova was visited by Manfred Horr, director of the Department for Germany and Eastern Europe within GlZ headquarters. Together with Philipp Johannsen, GIZ country director, and advisors of the ‘Modernization of local public services in the Republic of Moldova’ project (MLPS), Manfred Horr had an information gatehring visit to the Development Regions North and Centre of the country. The goal of this visit was to monitor the projects funded by the German Government through GIZ.

In this context, Philipp Johannsen, GIZ country director and manager of the MLPS project highlighted the need to involve the development partners in decision making at national level, an idea  supported by the Vice-Minister Anatol Usatii. In addition, the senior national advisor on regional and local development policies within MLPS, Alexandr Muravschi, mentioned the importance of the National Strategy for Regional Development (NSRD) 2016-2020 which is to be approved by the Parliament of the Republic of Moldova in the near future.

Ion Leuca, chairman of the Regional Development Council North: ‘We very much count in the future on a good collaboration which will result in projects that make our life easier. This requires political will at central level and a lot of work’.

Ion Bodrug, director of RDA North, mentioned the key achievements within the pilot projects in regional development implemented in the Development Region North and funded through the MLPS project. The pilot projects: ‘Energy efficient street lighting in Tatarauca Veche commune, Soroca rayon’, “Improvement of water and sanitation services in Riscani rayon’ and ‘Improvement of solid waste management in Floresti rayon’, had a positive impact on and continue to contribute to the improvement of people’s living standards. ‘Due to the MLPS project, the three pilot projects were developed and implemented to serve as an example for other communities. Their implementation experience has also been useful in the projects funded by the National Fund for Regional Development’, the director of RDA North said.

On the second day of visit, the GIZ official, together with the MLPS/GIZ advisors, visited the pilot project “Increasing energy efficiency in Calarasi rayon hospital’ from Calarasi town. Here, the delegation met with the hospital staff, representatives of the local public authority and of RDA Centre, and discussed the pilot project implementation activities.