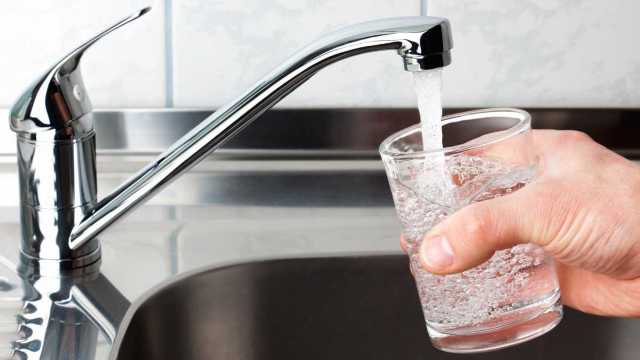 Even though Calimanesti has only 350 households and a population of about 1,000 residents, it is supplied with water from three springs. Water is supplied from here through the water supply system of the village.

Recently, about two weeks ago, an artesian well was put into operation at Calimanesti that will provide water to 60 households in the village. ‘We have not expected someone to give us money, because you see the crisis the country is in. We tried to create better living conditions with our own efforts’, the mayor, Semion Cornescu said, noting that the total value of the project is around MDL 160.000. More than half of this amount, MDL 100.000 has been allocated from the local budget and the remaining MDL 60.000 are people’s contribution. The water is pumped from a depth of 90 meters.

We are lucky as we have the other two springs located near the forest and the water flows downstream through pipes directly to the village, without being pumped.

‘I hope that from now on, the villagers will not come to the mayor’s office to complain that they have no water’, the mayor noted, being more than satisfied with the new achievement. ‘Now, as we have put the artesian well into operation, we managed to supply almost the whole village with water. About 90 percent of the population will no longer lack water. Thus, we have almost solved the drinking water shortage issue in the village’, mentioned Semion Cornescu .

For the time being, the costs for the water supply system maintenance and water consumption are covered by the mayor’s office. Subsequently, water meters will be installed so that each pays the volume of consumed water. The cost of one cubic meter of water has not been established yet.

It is important that people already have water taps. It is a step forward, which will be followed by others as well, to create optimal living conditions in Calimanesti.

MLPS and its partners participated in the events dedicated to Europe...

GIZ team had a working visit to Comrat and its partners...